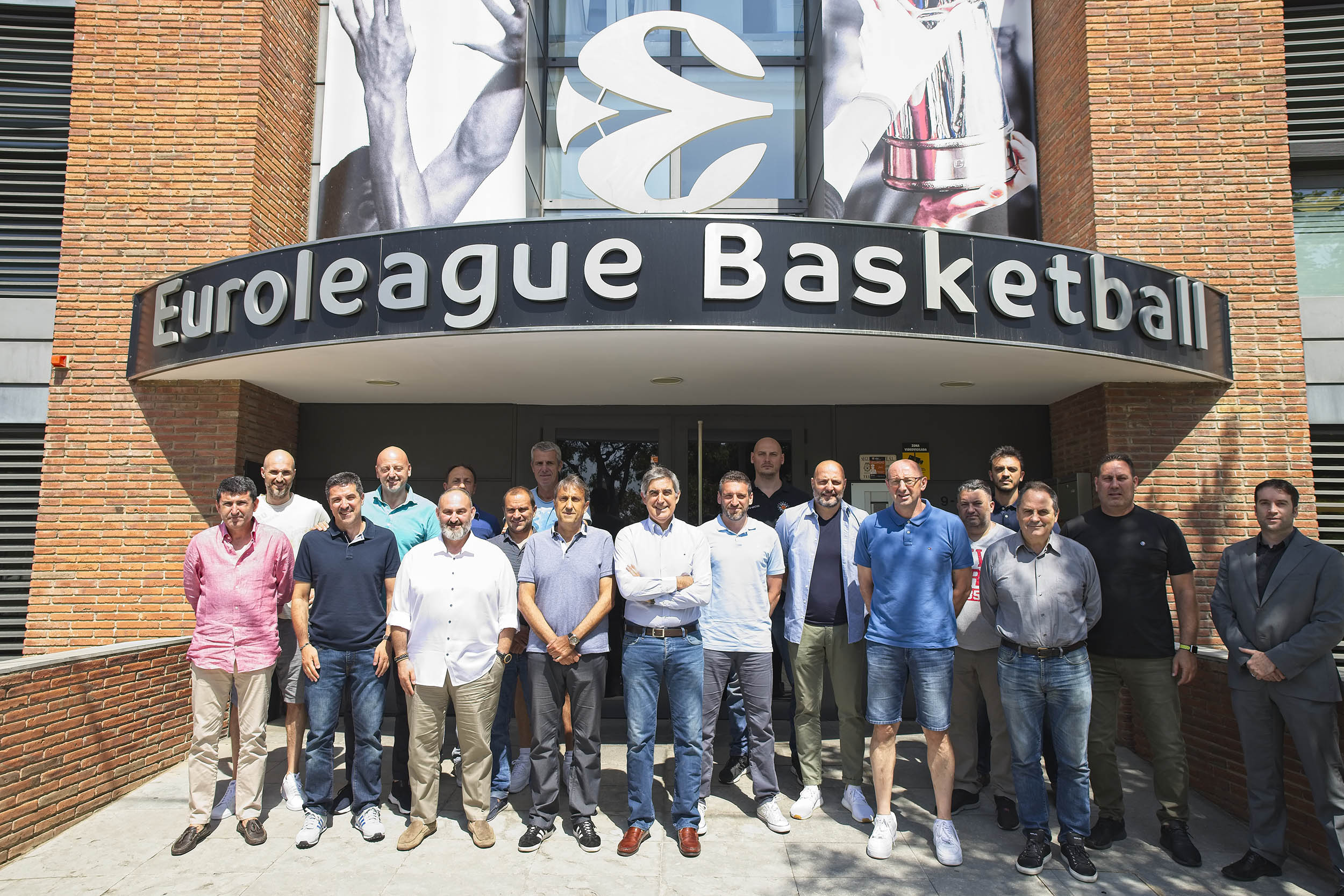 The stepbrother of Slovenian basketball great Sasha Vujacic, Petar is on the verge of making a name for himself with his shooting skills. He has dominated youth competitions; last season Vujacic averaged 20.0 points on 44.7% three-point shooting and 1.8 steals in the ABA Junior League. He also played for Union Olimpija and Sencur's first teams, albeit in a reserve role. Cedevita has locked up Vujacic on a long-term deal and sees him as a building block for the future. While he has many improvements to make to his all-around game, Vujacic’s elite shooting makes him a player capable of filling a role for Cedevita immediately.

As a member of the Nanterre rotation the past two seasons, Pansa hopes to take on a more meaningful role in his age 22 season. The center contributed 3.9 points, 2.0 rebounds and 0.5 blocks in less than 10 minutes per game over 26 French league appearances last season. He was among the best offensive rebounders and shot-blockers in the league on a per-minute basis. He relies on his athletic presence to make an impact at both ends of the floor. Since he has played primarily a reserve to date, he must learn to limit his fouls to remain on the court longer and if he can do that. Pansa could be in store for a breakout campaign.

The youngest player on this list, Dovrat slowly played his way into the edge of Rishon's rotation at the end of last season and Coach Guy Goodes will give the prodigy as much as he can handle this season as he looks to groom the guard into a future star. Over the summer he shined as the MVP of the U18 European Championship, Division B, with an all-around game that featured 16.1 points, 5.3 rebounds and 4.5 assists per game. Ultimately, the biggest obstacle for Dovrat in challenging for the Rising Star Trophy may be playing time since the team may not be willing to unleash him just yet, but he is certainly a player worth keeping an eye on.

The 2.15-meter center is the tallest player on the list. Signed on loan from FC Barcelona, Diagne reunites with his former youth coach, Alfred Julbe, who is now the head man in Limoges and has a role in mind for the big man. His greatest strengths are his physical traits; Diagne is not only tall, but he has a great wingspan and is quite mobile. The native of Senegal averaged 6.9 points and 6.4 rebounds for Barcelona's B team last season. Diagne will split time at center with Jerry Boutsiele, however, he offers a much different look at both ends of the floor and if he plays to his potential will have a major impact on Limoges's season.

The point guard was one of the top point guard prospects in the continent, but his progression was slowed by an ankle injury that required surgery and caused him to miss almost half of last season. Before that, he was an all-tournament selection at the 2018 European Championship, in which he helped his native Latvia to the championship game and a silver medal by ranking among the leaders in points (fifth, 18.9 ppg.) and assists (second, 6.3 apg.). Zagars's strengths are on the offensive end; he understands the game well, is good at creating shots and his shooting is ever-improving. Zagars lacks experience at the top level; he only played two ACB games for Joventut last season, so it may take him some time to carve out a significant role for the club this season.

An important part of Trento's future who is signed through 2022, Mezzanotte is a sweet-shooting power forward. He got his feet wet in the EuroCup last season when he averaged 13 minutes over nine regular-season games. Mezzanotte scored 12 points in the team's final game against eventual champion Valencia Basket, showing what he could do this season with a year of experience under his belt. He has played for all of Italy’s junior national teams and won a bronze medal at the U18 European Championships in 2016 and a silver at the U19 World Championships a year later. He comes into this season as the backup to former All-EuroCup First Team forward Davide Pascolo, but with his and Pascolo’s versatility, strong play by Mezzanotte should be rewarded with more playing time.

A regular in the Joventut frontcourt for the past two seasons, Birgander is a force in the paint who has already been tested by some of Europe's best. Birgander is an efficient low-post scorer and a strong rebounder, particularly on the offensive end. A native of Sweden, he began his pro career in that country's second division before coming to Spain with Clavijo in 2016 and joining Joventut a year later. Birgander has good foot speed and passing skills for a player his size. He protects the rim well, too. He opens the season second on the depth chart at center behind Alen Omic, but Birgander has the chance to learn from him and eventually earn more minutes in his first season in the EuroCup.

In his first full season with Rytas's first-team roster, Sirvydis proved that he belonged and now he plans to use the 2019-20 campaign to take another step forward. The 2.00-meter swingman made 19 of 41 three-point shots (46.3%) as a part-time starter in the EuroCup and finished the season with 5.4 points and 1.9 rebounds over 14 minutes in 17 contests. Primarily a catch-and-shoot weapon, Sirvydis excels at moving without the ball to get himself open. He is considered to be an above-average defender, too. Only two years removed from leading Rytas to the Adidas Next Generation Tournament as the MVP of the final, Sirvydis plans to have a big role this season for Rytas.

When Ulm signed Hayes over the summer, his new head coach and former All-EuroLeague guard Jaka Lakovic spoke about the teenager’s ability to be a leader on the team. Last season, at the tender age of 17, Hayes averaged 7.2 points and 3.1 assists over 20 minutes for Cholet Basket in the French League. Scouts rave about the point guard’s overall skills, speed and athleticism, ability to run the pick-and-roll and to draw fouls. For several years Hayes has been considered an elite prospect; he was the MVP of the 2017 FIBA Europe Under-16 Championship after leading France to the title and selected to the all-tournament team at the 2018 FIBA Under-17 Basketball World Cup in Argentina after France won silver. All signs point to Hayes being ready to make an impact in his debut EuroCup campaign.

When taking stock of candidates for the Rising Star Award, what better choice could there be than the current EuroCup Rising Star, providing he is still eligible. In this case, Echodas gets in by a week. Last season Echodas came off the bench to help Rytas reach the EuroCup Quarterfinals with averages of 9.6 points and 5.1 rebounds over 18 games. He shot 62.6% from the field, was the second-best rebounder on his team, ranked third in scoring and third in performance index rating. On a per-minute basis, Echodas ranked 28th among all EuroCup players in scoring, 14th in rebounds and 18th in performance index rating. A year older and with a larger role in the cards, Echodas could join Bojan Dubljevic of Valencia Basket as the only two-time winners of the EuroCup Rising Star Trophy.